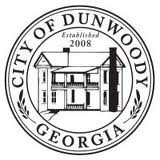 The historical area of Dunwoody officially became a city at midnight on December 1, 2008 following a community led movement to incorporate the City. Although not formally recognized as a City prior to 2008, the residents in this area have always identified themselves as living in "Dunwoody", with a unique history separate from other areas and cities in DeKalb County.